Late last year, the Cabinet Office published a green paper on the future of procurement regulation in the United Kingdom. The paper heralds what could be the most significant and far-reaching changes to Public Sector procurement in a generation.

Within the paper, it proposes some significant changes to the current regulations, and several underpinning themes can be seen consistently within the document.

Running throughout the paper are themes of simplicity, flexibility, transparency, value for money, and procurement in the public interest. Let us take some time to look at each of these themes in turn and understand what they might mean for Public Sector procurement beyond 2021.

One of the overwhelming themes in the Green Paper is one of simplicity. It makes great strides to reduce the complexity and over-engineering of the current regulations, the Public Contracts Regulations (2015). Bearing in mind the current regulations (PCR 2015), were effectively the OJEU (Ofﬁcial Journal of European Union) procurement regulations codified into UK law, and the UK has now completed the Brexit transition, it makes absolute sense that the Government is trying to devolve itself of some of the most maligned, and overly complicated aspects of the OJEU regulations.

But that is not where the simplification stops……that is only the tip of the iceberg.

These will be replaced with three proposed procedures:

The new procedure is intended to introduce much greater flexibility within a single process. It will allow buyers to build in stages of negotiation and deploy modern commercial tools such as reverse auctions. The proposed procedure would be suitable for a wide range of procurements including:

The competitive flexible procedure will be a dynamic tool that can be used to deliver everything from a straightforward ‘restricted’ process to a more complicated, and multi-stage ‘competitive dialogue'. Some conservative procurement teams may be wary of the high degree of flexibility it affords, whilst others will relish the opportunity to be more creative within the constraints of the legislation.

The green paper proposes that the open procedure should be retained in its current form as a standard procedure available to contracting authorities and extend its availability to suitable defence and security procurements. While it would be possible to undertake a process akin to the open procedure through the new competitive flexible procedure, there is merit in retaining the open procedure. It is the most popular procedure and will continue to be appropriate for simple requirements where an initial selection stage is not needed. It will also be useful to have a default standard procedure for inexperienced buyers.

This process is simply the ‘negotiated procedure without prior publication’ which will be renamed as the ‘limited tendering procedure.’ The application of this process would be the same, in that it is expected only to be used in cases of extreme urgency, or exceptional circumstances.

The contracting authority will need to document their analysis to demonstrate that their decisions are fully justified. The grounds for using the procedure will remain broadly unchanged from the current regulation 32 of the PCR which are summarised as follows:

The significant reduction in processes from seven down to three is welcome, and will no doubt contribute to a much-needed reduction in the over-engineered and unnecessarily bureaucratic range of current choices.

As can be seen from the introduction of the competitive flexible procedure, there is an appetite for flexibility in the proposed new legislation.

Beyond the flexibility inherent in the competitive flexible procedure, it can also be seen in some of the other proposals – such as the changes to both Frameworks and Dynamics Purchasing Systems (DPS).

The green paper proposes the continuation of the current traditional framework, which has a maximum term of 4 years and once awarded, no new suppliers can be added throughout its duration. This will be renamed as a ‘closed’ framework.

The open framework would allow any supplier to submit a bid to join the framework at predetermined points. If the procurement team wishes to have a framework with a duration of longer than four years, the framework must be opened at least once after the third year for new entrants to join. The contracting authority would need to advertise the re-opening of the framework in a notice and assess new applicants by applying the same requirements and evaluation criteria as applied when the framework agreement was originally awarded.

There is also a proposal for a new DPS format within the green paper. Called DPS+, it is ostensibly the same process as the current DPS but now clarifies that the DPS+ can be used to procure all goods and services, not just the ambiguously defined ‘commonly used’ goods and services in the current regulations.

The flexibility of a dynamic system which allows suppliers to be added throughout the duration of the process remains, and is complementary to the theme of flexibility in the new proposals.

Increased demand for transparency underpins the entire Green Paper. It can be found in almost every aspect of the proposed new legislation.

However, perhaps the most significant is the proposed introduction of the Open Contracting Data Standard (OCDS). The OCDS is a free, non-proprietary, open data standard for public contracting implemented by over 30 governments globally. The OCDS describes how to publish data and documents at all stages of the contracting process. It is the only international open standard for the publication of information related to the planning, procurement, and implementation of public contracts and has been endorsed by the G20 and the G7.

The Government proposes to legislate to require all contracting authorities to publish procurement and contracting data throughout the commercial lifecycle in a format compliant with the OCDS. This means data for buyers, suppliers, contracts, spend and performance would be held and published in OCDS-compatible, open, non-proprietary reusable formats. Contract award data, including call offs under framework agreements and DPS+, would include details of the buyer, supplier, bidders, and a unique contract identifier.

The Government also proposes setting out a timetable for all e-procurement and related systems across the public sector to become OCDS compliant and interoperable with other public procurement systems. Contracting authorities would be able to buy market-led commercial systems and software from providers if they meet their obligations on standards and interoperability.

In addition to the OCDS, the Government proposes the establishment of several registers of information which will complement the OCDS.

The Government proposes requiring contracting authorities to record commercial tools such as framework agreements and dynamic purchasing systems that are available to other contracting authorities on a central register. This register would form part of the central platform and would be available to all commercial teams to help them identify collaborative commercial agreements that can deliver the best value for money.

Any fees levied by Contracting Authorities or Procurement Consortia would also need to be declared in full in this register. This will still be a welcomed enforcement of transparency, as there are several procurement consortia that steadfastly refuse to publish the fees they charge their suppliers.

The Government is considering implementing a central debarment list. Under this proposal, all suppliers which are debarred from public procurement opportunities because either a mandatory exclusion ground or a relevant discretionary exclusion ground applies should be identified in a central register, available via the central platform (OCDS).

It would be alarming if there was not a focus on value for money. However, there is a subtle, but particularly important change of perspective here which is perfectly illustrated by the change in how bids should be evaluated.

The Grenfell tragedy and subsequent Hackitt report underlined the potential dangers of a ‘race to the bottom’ mentality when evaluating price in public procurement. The removal of ‘economically’ - which may skew peoples interpretation towards price, signals that the Government has taken on board some of the key outcomes from the Hackitt report.

This does not mean that price is irrelevant. But it does mean a focus on value for money, rather than price alone – a crucial difference.

One of the most interesting phrases found repeatedly throughout the proposed procurement changes is that of ‘in the public interest.’

The green paper states that all fees charged via frameworks or DPS’s by contracting authorities or procurement consortia should be solely ‘in the public interest.’

This may very well be a conscious effort to limit the private sector profiteering of public sector procurement activities. There are several procurement consortia who are either entirely owned by a private individual(s) and they ‘piggy-back’ on the contracting authority status of a compliant public sector organisation or are managed by a private sector management firm. The consortia can charge significantly large fees to suppliers (or customers) to ensure shareholders receive a healthy remuneration, owners are handsomely paid, or management companies make strong profits.

It will be exceedingly difficult for these ‘private’ procurement consortia to justify their fees being used in the public interest.

In summary, the Government’s Green paper proposes some significant and welcome changes to public procurement. The simplification of processes used will be greeted with open arms. The transparency will be welcomed by most quarters. The focus on the ‘Public Interest’ is laudable (although it may be problematic for some).

However, the green paper is the first step in a journey that could take up to two years before the new legislation is finalised and codified into UK law. But that also means that there is an opportunity to debate and inform the legislation along the way. The Cabinet Office is actively seeking opinions from procurement professionals. I have been asked to contribute my thoughts and opinions (for what they are worth).

The journey ahead for Public Procurement is moving in the right direction, but there will undoubtedly be some challenges along the way…… 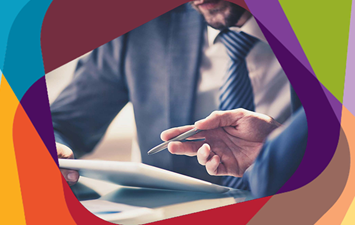 We have submitted our formal consultation response to the Government's Green Paper, Transforming Public Procurement. Net Zero Buildings: Where to start

Our Energy Procurement and Consultancy Framework partner Inenco look at what this means going forward. 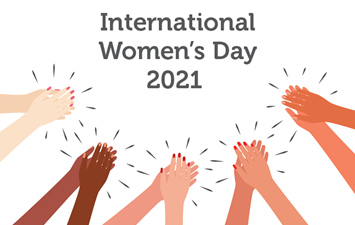 Today we observe International Women's Day, recognising the importance of gender equality and celebrating women in 2021. 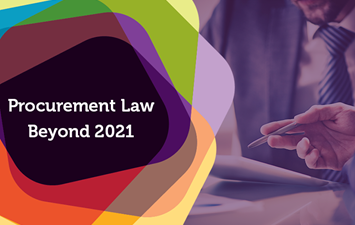 What does the Government’s Green Paper mean for Public Sector procurement?